Warm season grasses look vibrant in the cold winter months with Endurant organic turf colorants. Bermuda grass and other warm season grasses and turf grass varieties look great in places such as Tennessee most of the year, until temperatures dip periodically near or below freezing, sending the grass to brown dormancy. 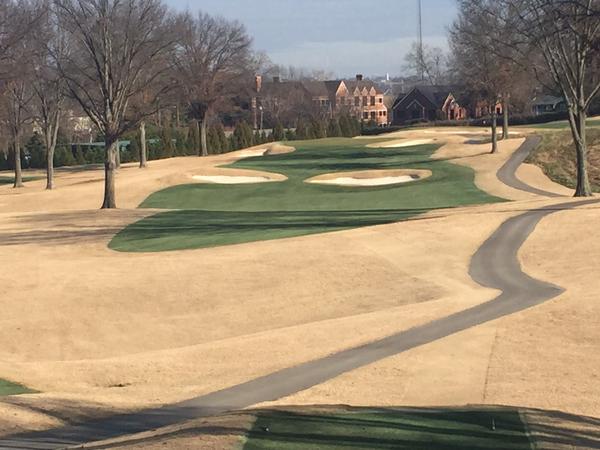 Golf Course Superintendent Jason Sanderson of Cherokee Country Club and Golf Course in Knoxville, TN, discovered turf paint as the best solution for brown winter dormancy many years ago. Each year, he improves his techniques to create a golf course that members enjoy while managing water usage, time and finances.
“Private country club owners really like to be able to find their golf balls in the middle of the fairway,” said Sanderson.
Sanderson hasn’t overseeded his golf course in more than 12 years.
Sanderson shares his experience and techniques to offer advice to others managing warm season turf grass during colder weather: 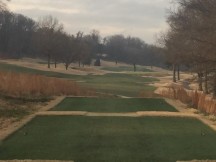 Cherokee Country Club in Tennessee pops with color during the winter dormancy of bermuda grass, one of the most common warm season grasses. 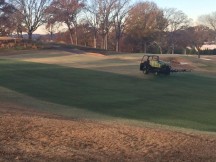 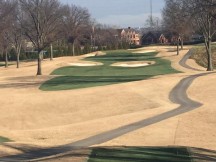 Sanderson shared the particulars of his property and how he uses the Endurant organic turf paint on his warm season grasses:

Series of articles compiling turf tips from professionals in the field 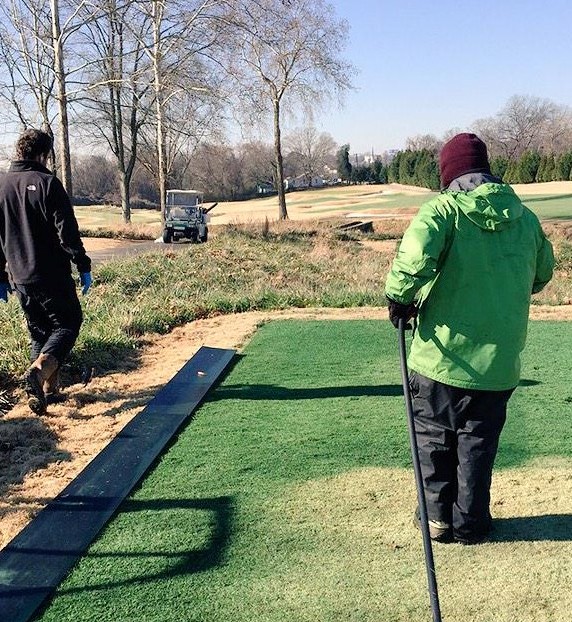 Sanderson is one of several turf professionals sharing their turf tips on Twitter with Geoponics and other turf growers, lawn professionals, sod growers and homeowners looking for tips.

Follow Geoponics and check out recent blogs for similar turf tips from professionals in the field, including frost delay prevention and frost damage prevention here.