Ballyhack Golf Club in Roanoke, VA is spectacular and Superintendent Billy Bobbit keeps it that way. About the course: www.BallyhackGolfClub.com

Geoponics Corp recently caught up with Superintendent Billy Bobbit, of Ballyhack Golf Club in Roanoke, VA to see how things were going on his course.

This gorgeous course is made up of mostly cool season grasses. As Ballyhack’s superintendent, Bobbit said he struggled with the high sodium, sandy soil and bicarbonates. These issues led to challenges with water management, nutrient absorption and algae.

The solutions to all three, said Ballyhack Superintendent Billy Bobbit, were found with Geoponics products. Agriox, Penterra and Detox turned the greens around in just one or two applications.

Bobbit’s colleagues recommended he try Geoponics about a year ago, so he did. Now, he’s recommending Geoponics to others.

BOBBIT ON THE CHALLENGES:

The high sodium and high salt levels caused water infiltration challenges. Water wasn’t getting into the green cavity. The water standing on the surface was causing multiple problems, one being algae. That was from the water not getting down into the soil cavity. We had sodium toxicity from the turf taking up so much salt.

The Penterra was allowing the water to get through that layer on top and actually get down into the root zone where the water was needed. Most of our root zones here are down 6, 8, maybe even 10 inches into the sand. We really needed the water to move through the profile. Penterra did that, which also helped eliminate the algae. We were spraying the Penterra every 10 to 14 days.

The Detox helped flush out the sodium.

We always kind of struggled with algae here. We typically sprayed a fungicide on them—which checked the algae if you will, but we never really got any results out of fungicide like we wanted to see. We were cultivating—spiking and aerifying—and we still didn’t get the algae. Once we started using the Geoponics it really started to get the results we were after ,even with the first to second application.

We started using Geoponics last year when a colleague recommended it.

But I have to say, what really, really turned the greens around was the Agriox product. It freed up the nutrients in the soil, or in the sand I should say, and we really got a good growth response out of that. We saw a difference after the first application.

The greens kind of perked up and the health of the greens really changed. Then after we did the second application it really, really came to life then. 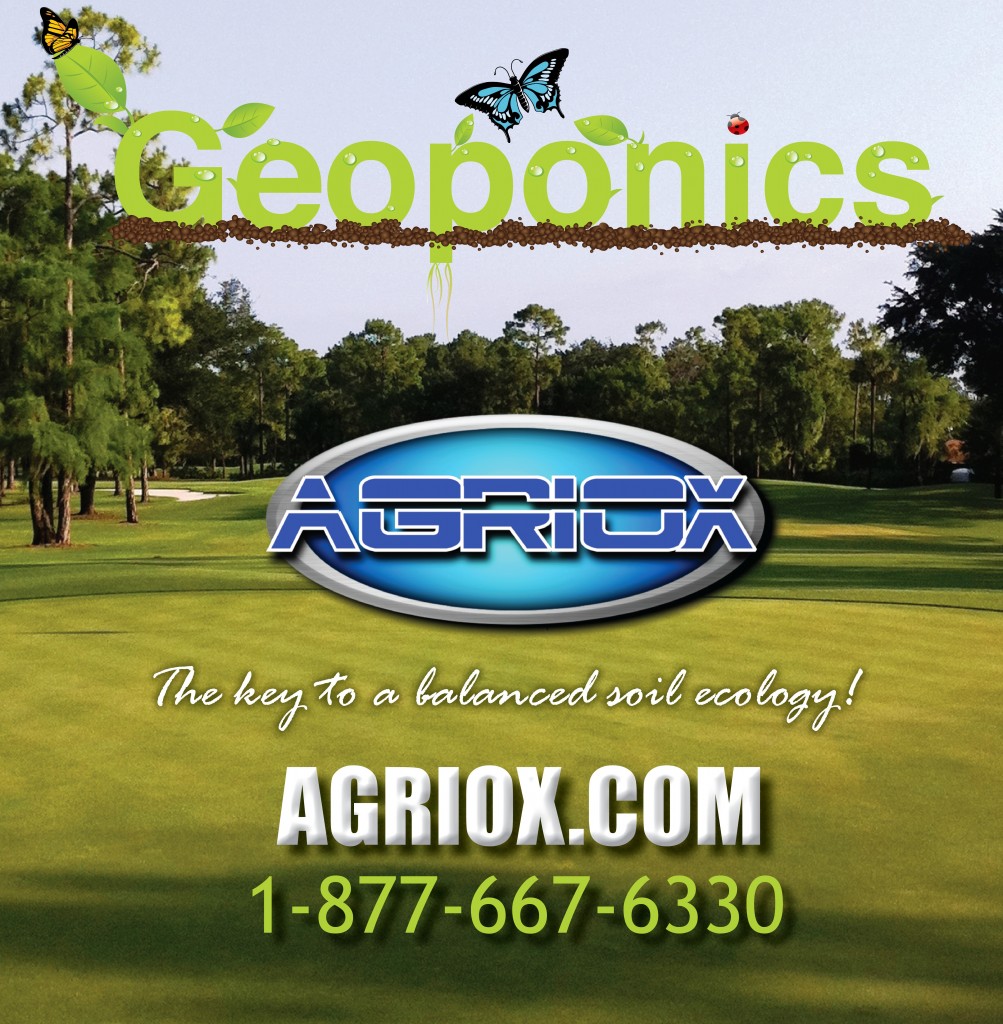 There was just so much with the salt build up in the soil, the bicarbonate, once we were able to break up those chemical bonds and free up those nutrients that were in the soil, the greens just really started to grow and out-compete the algae.

The first week in July I thought we were going to do a lot of seeding and plugging on the greens, but really after that second application of Agriox, the greens really responded well. I would definitely recommend it.

The greens just really did a 180. They just turned around. We thought, like I said, we’d be doing a lot of seeding and plugging on the greens just to get a uniform turf coverage out there. But it just really grew out of that funk and we haven’t looked back since.

I can see where the fertilizer spending is decreasing and we’re lowering the input of fertilizer on the greens. I can see us not having to use nearly as much as we’re keeping the water moving through the soil profile and getting those nutrients from being bound up in the sand.

Try for yourself. Contact Geoponics Corp, info@geoponicscorp.com, to see how these and other products may solve the challenges you face as a turf manager.