Geoponics has news for our science and astronomy lovers. NASA seeks citizen scientists during the solar eclipse. The August 21, 2017 eclipse is the first total solar eclipse visible across the U.S. in nearly 100 years. 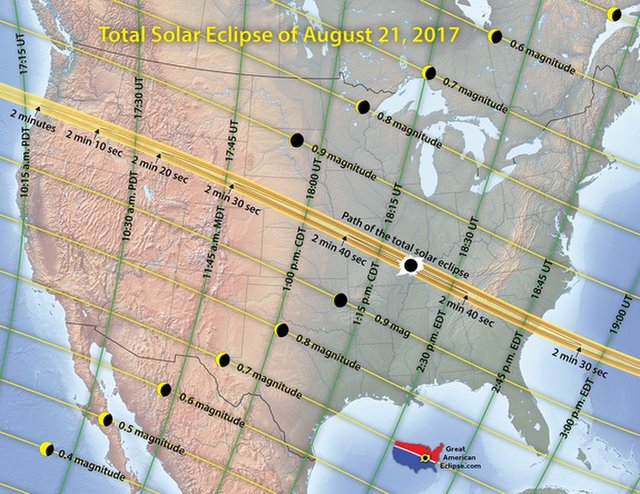 The total solar eclipse begins the morning of Monday, August 21, 2017 in Oregon on the west coast of the U.S. and spans across to South Carolina. The total eclipse will last almost 3 minutes in some areas and the partial eclipse as long as 3 hours. NASA and Space.com share everything you would want to know about the 2017 total solar eclipse. NASA seeks scientists like you to share data.

Whether for the National Aeronautics and Space Administration or for personal curiosity and learning adventures, many people may find the total solar eclipse on Monday, August 21 to be a rare opportunity to explore science.

NASA invites eclipse viewers around the U.S. to participate in their experiment and data collection by reporting cloud and air temperature data on their mobile devices.

There is, of course, an app for that! The app that guides citizen scientists through the data collection is the GLOBE Observer. The Global Learning and Observations to Benefit the Environment is a NASA supported program.

For the even more serious scientists, the studies by NASA go quite deeply into the study of the solar eclipse and the Earth’s energy system. During the Aug. 21 eclipse, NASA scientists will use the Earth Polychromatic Imaging Camera (EPIC) on the Deep Space Climate Observatory satellite (DSCOVR), along with measurements taken from within the moon’s shadow on the ground, to test a new model of Earth’s energy budget. Check out this NASA feature article for more.

If you are one of the many people projected to catch a more full version of the eclipse by hitting the road, there is a map of where to be and when to view a full solar eclipse.

What is the total solar eclipse?

On Monday, August 21, all of North America will experience a full eclipse of the sun. There is a path of totality in which all will be able to see the moon completely cover the sun and the sun’s atmosphere, called the corona. This path stretches from Oregon to South Carolina. Those outside the path will see varying degrees of a partial solar eclipse.

There will be total darkness for as long as 2 minutes and 40 seconds for those in the total eclipse’s path in Illinois. The eclipse will begin to become visible as early as approximately 9 a.m. in Oregon and then heading east across the U.S.  from Salem, OR through Casper, WY; Lincoln, NE; Kansas City; Nashville, TN; Columbia, SC, and finally Charleston, SC.

There have been other visible total eclipses in areas within the U.S. but this is the first since 1918 that will span the U.S.

It’s important to view the sun safely with special glasses.